Mallard Homes is one of the premier builders of new homes in Franklin, TN. This blog post is the first in a 3-part series of blogs that looks more closely at the three new home floor plans that we offer:

These three groups are representative of indigenous architectural styles of middle Tennessee homes that predate 1940.

This month we will be looking at the Cottage Series, which has three plans: 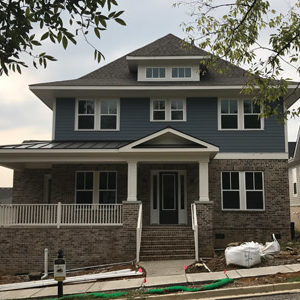 The Cottage Series takes its inspiration from the American Craftsman style of architecture. This architecture prevailed in the USA from about 1910 to 1925. It had clean, simple lines, in opposition to the excessively ornate Victorian style that was in vogue. The international Arts and Crafts Movement, from which American Craftsman sprang, was a revolt against manufacturing. The movement harkened back to handmade craftmanship. It eventually influenced furniture, painting, sculpture, illustration, book making, photography, fashion, and domestic design.

Some of the Craftsman style elements you will find in these three plans include:

Inside you will find some of these Craftsman elements:

What’s in a Name?

Each plan in the Cottage Series bears the name of a prominent architect in the Craftsman movement:

Are You Ready for a Mallard Home?

If so, visit our Sales Office at 2054 McAvoy Drive in Franklin or call us at (615) 312-8262 to learn more about all of our new homes for sale in Lockwood Glen subdivision in Franklin, TN.