Meet the leadership team and founders of Mallard Homes. 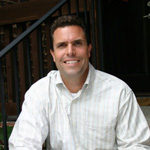 Khris Pascarella, as a developer and builder, has over 25 years of extensive involvement in planning, entitling and developing large scale master planned communities, multifamily rental and for-sale communities and upscale homebuilding throughout the southeastern United States. Notable examples include the town of Celebration in Orlando Florida, a Walt Disney Company creation and Weston, a 10,000 acre master planned community located in Fort Lauderdale, Florida developed by Arvida/JMB Partners. Today Weston is an incorporated city of over 70,000 people.

As a Development Manager with Arvida in Weston, Khris led both Arvida-built and third party builder neighborhoods within this large community.

While working for The Walt Disney Company in Orlando, Florida; Khris oversaw all planning and development for multifamily communities in both Disney Communities of Celebration and Little Lake Bryan. He was also part of the single family team that led in the planning and implementation of the community’s single family builder programs.

During his tenure with Southern Land Company, a multi-disciplined real estate development and services company based in Franklin, Tennessee, he was responsible for expanding the company into multifamily and commercial development within and outside the state of Tennessee. One example was the acquisition and entitlement of a 93-acre site in Franklin, Tennessee at the center of Cool Springs, a vibrant mixed use area in Franklin with over twelve million square feet of “Class A” office buildings and retail space. Plans for the development of the $330 million mixed use project, named McEwen Town Center, included nearly 1,000 apartments and approximately one million square feet of office and retail space. He also led the company’s expansion into Texas, securing positions for development of multifamily communities in Austin, Dallas and Fort Worth.

PEARL STREET PARTNERS
Since founding Pearl Street Partners in 2005, Khris has experienced success in the pursuit of his company’s core strategies. Pearl Street Partners’ mission statement of “Creating Places Where People Create Memories” is a very serious goal the company has every day in all of the communities where Pearl Street is involved. Over the last 10 years Pearl Street has visioned and completed both multifamily for sale and for-rent communities along with medium to large scale single family neighborhoods throughout middle Tennessee. Beginning a home building company to accompany the firm’s development efforts has been envisioned for several years. In 2014 the right opportunity and the right team came together and Mallard Homes was born. With its first start in Lockwood Glen, Mallard Homes intends to “Use Timeless Architectural Design and Quality Craftsmanship to Make Our House into Your Home”. 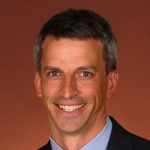 Chris Edwards has enjoyed almost two decades of homebuilding experience in North Carolina and Tennessee. Chris’ experience ranges from one of the country’s largest builders, Pulte Home Corporation, to one of the country’s most respected private builders, John Wieland Homes and Neighborhoods, and covers almost all product types and sectors of single family construction. In addition to this experience, Chris has managed the construction of amenity centers for master planned neighborhoods including clubhouses, deluxe swimming pools, and tennis courts as well as neighborhood entrance features and hardscapes. Serving in roles from Superintendent to Project Manager to Division President, Chris has a complete and thorough understanding of the homebuilding business.

“The things I have enjoyed most about this business is its tangible nature and the relationships that have been formed. From my experiences with my first homes, I always took pride in the part that I played in the building of someone’s home. From my mentors and peers, to my team members and trade partners, and ultimately to my customers, I have been fortunate to be surrounded by truly great people throughout my career.”